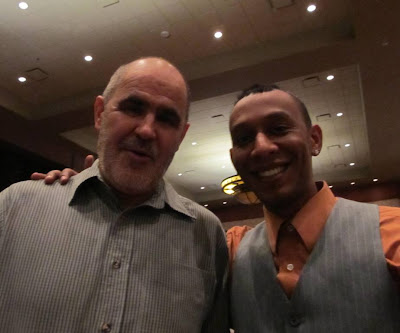 The Legacy Art event was really fun last night!
This is my husband and one of our good friends, Eric Lamb. 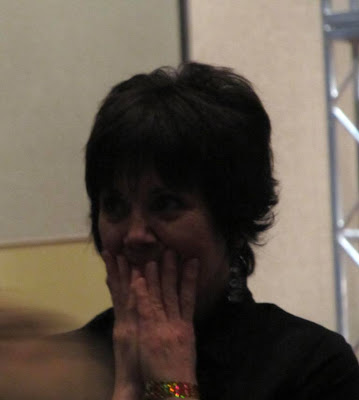 One of the celebrities at the event, Miss Joyce DeWitt from the sitcom Three's Company. 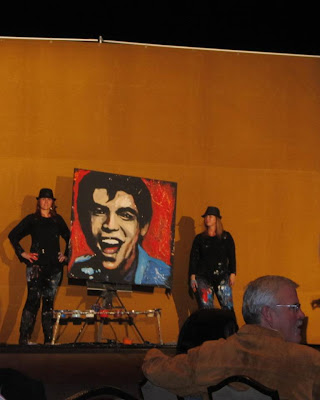 a very cool duo out of California called Splash.
They created a painting upside down to music and in about five minutes, they turned it right side up and it was Lou Diamond Phillips from La Bamba!
Fantastic!
They also painted a wolf and a buffalo. 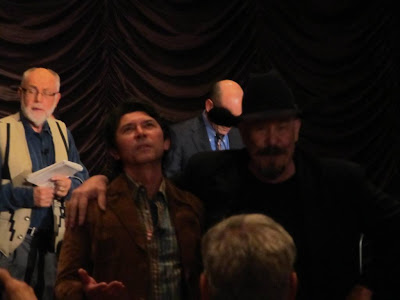 Lou Diamond Phillips at his best during the art auction.
With him is Mike Moroff, one of his co stars from La Bamba.
He  was in in Scarface and a bunch of other movies.
The craziest live auction person - he really yells and gets things going! 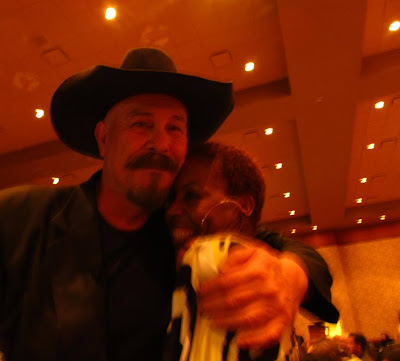 Mike Moroff and Tangie Ambrose, who is an actor on the television show In Plain Sight.
She was so sweet and really helped the auction along.
I have a bunch of video too, but have to load it. 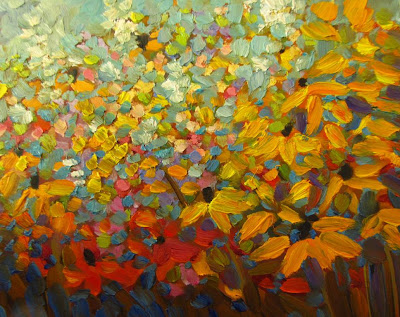 These are new 150 Challenge paintings I finished yesterday.
They are not titled yet, so I haven't posted them to the 150 Challenge blog.
More later and happy Mother's Day everyone! 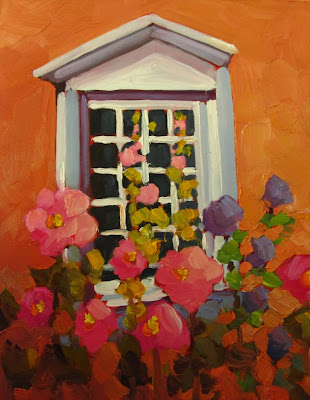 hollyhocks at a window at Los Poblanos 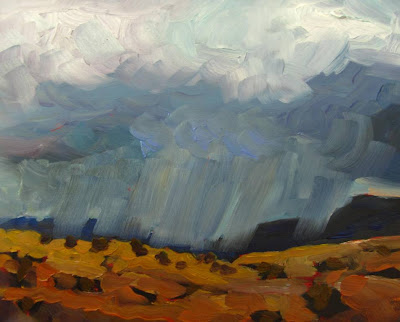 New Mexico rainstorm
Posted by Dee Sanchez at 11:46 AM