The gala in Corrales was so fun last night.
There was a beautiful huge clear tent to the stars with twinkly lights everywhere.
There was a guy playing guitar and singing exactly like James Taylor.
I saw a few old friends and met some new plein air painters.
It was nice because we all had something in common.
Even though most of us were painting alone, we
came together for the same reason - to paint beautiful Corrales.

My truck painting sold right away, I was so happy!

I missed the Quick Draw competition yesterday.
It was at the old church and I didn't really want to paint it,
mainly because the first one I did, I ended up scraping off.
But I later found out that you could paint anywhere near the church,
as long as you could hear the starting and stopping bell.
Darn, if I had known that, I would've gone.
Oh well, I will be there again next year.... 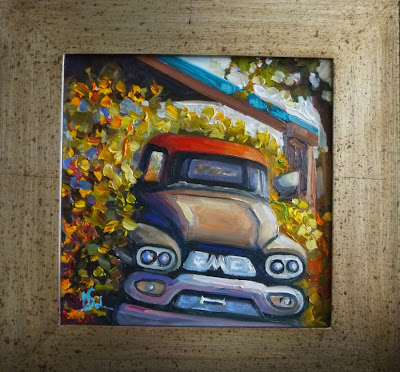 "OUT TO PASTURE"
SOLD


Below you will see my newest 145 Challenge painting, #80.
Only 79 more to go in 22 days.
Let's see, that's somewhere between three and four paintings per day.
Will I make it???

Oh, and only two weeks left to register for the End of Challenge
New Mexican dinner at my home.
Email me at dshadowtail@aol.com
$49 per person, half of proceeds go to NMDOG. 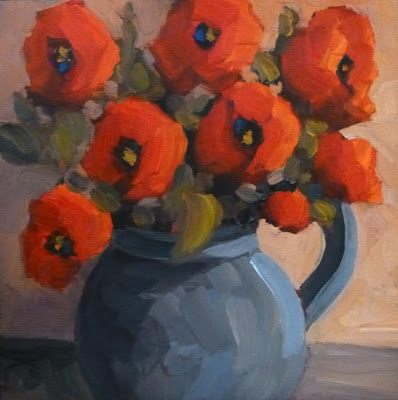 To see all 145 Challenge paintings, click HERE.
Purchases may be made until September 30, 2013.

On another note, fall is in the air and so are balloons! 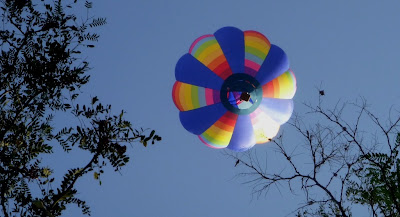 This guy flew right over my head this morning at about 8am..
I'm ready - the Albuquerque International Balloon Fiesta starts Saturday, October 4, 2013.
For more information about the fiesta, click HERE.
Posted by Dee Sanchez at 10:46 AM