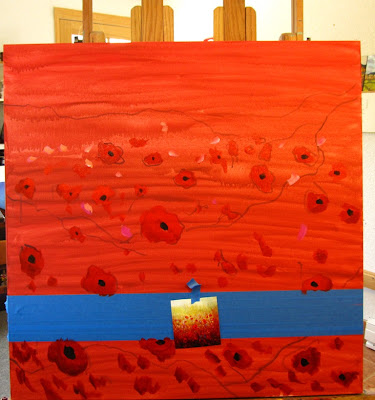 My idea for the New Day painting was to create a concept of coming out of the darkness and reaching up into the light. I wanted the words to be separate from the actual painting itself -  not worked into or blended into the painting. I wanted the phrase "making positive possible" to be seen. I had a small painting that I wanted to use as the prototype and that's what you see taped on the canvas. I started by blocking in the poppy shapes. 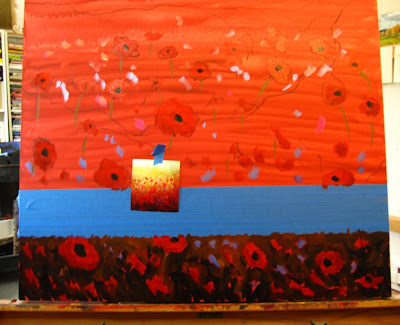 Here you see the darkness at the bottom start to take shape. I've added little color notes at the top. I want the words to be the separation between the darkness and the light. 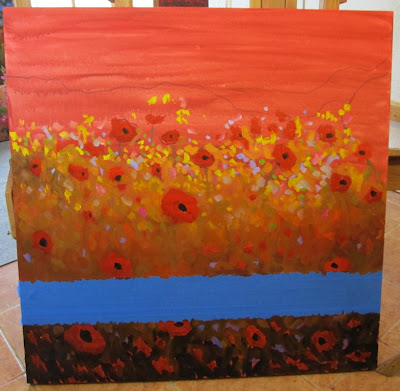 More lights added to the upper portion. The photos are snapped quickly and at night, so the image quality is not fantastic, but I'm starting to build the painting all the way to the top of the canvas. 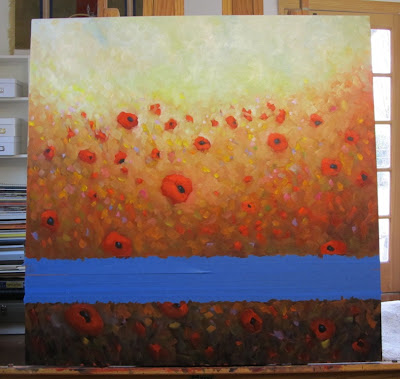 I have covered the canvas. Yay! That's always a big deal for me. I hate to have a raw blank canvas staring me in the face. The sky turned out really pretty. 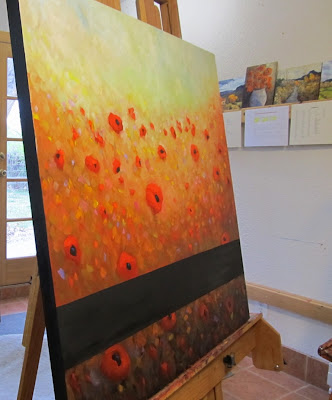 Now I have stripped away the tape and covered the sides of the canvas and the area in front with black acrylic paint. I wanted this to have an immediate feel, different from the flowers. I wanted the flowers to feel magical. My goal was to have it look like a really pretty card that you would give to someone to make them feel better, to make them hopeful 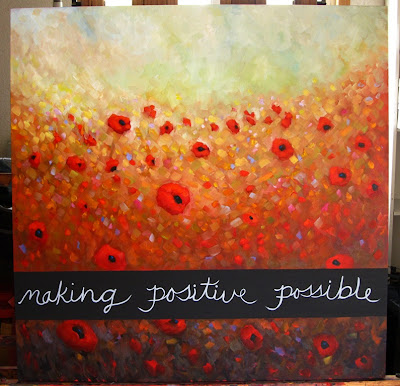 The finished painting before varnishing. I played with fonts on the computer printed out a few,  and finally just decided to do it freehand. The lettering is grey, which you can't really see here. It looks white. I will take one more photo after varnishing.
Posted by Dee Sanchez at 11:41 AM